Hello everbody, as part of this terms topic we will be studying the El Yunque Rainforest located in Puerto Rico.

Where is Puerto Rico?

Puerto Rico is found in the Caribbean region of North American Continent. 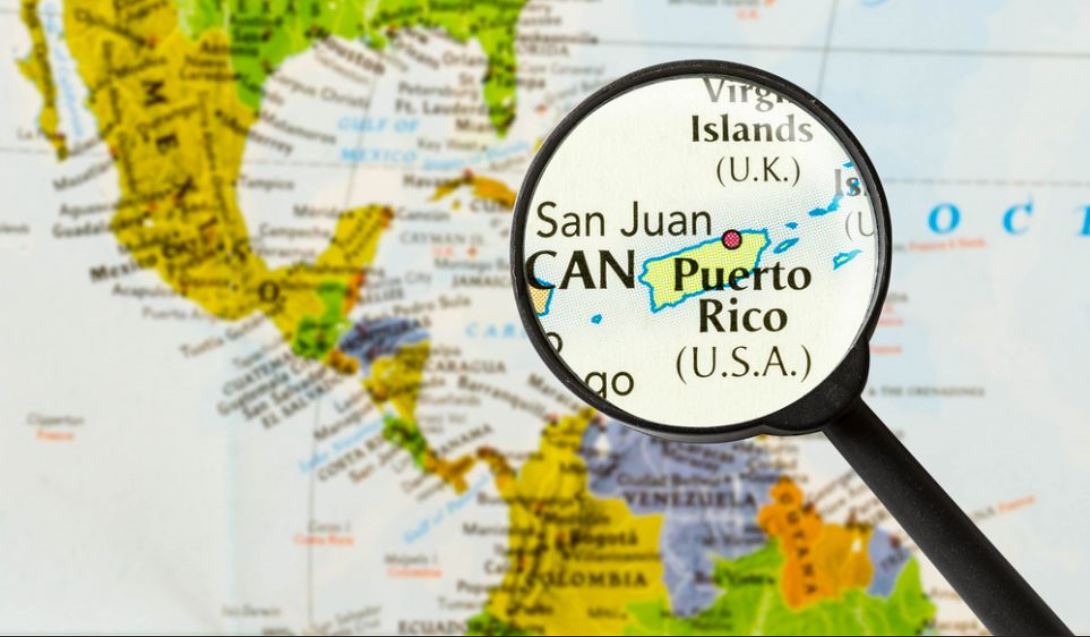 The size of Puerto Rico

Puerto Rico covers an area of at least 5,320 square miles with 3,420 square miles being land. The main island runs for about 110 miles at its maximum stretch measured from east to west and a maximum north to south width of 40 miles. Compared to other islands of the Greater Antilles, Puerto Rico is the smallest. It is roughly 8% of the size of Cuba which is the largest in the region and about 80% of Jamaica.

The Demographics of Puerto Rico

The population of Puerto Rico was estimated to be 3,474,182 people as of July 2015. This statistic denoted a 6.75% decrease from the 2010 US census. The most populous cities in the territory include San Juan, which holds a population of about 395,000 people, and Bayamon which has roughly 208,000 people.

demographics-NOUN
statistical data relating to the population and particular groups within it.

Puerto Rico was a Spanish colony between 1493 and 1898. It came under US control in 1898 following the Spanish-American war and the signing of the Treaty of Paris. In 1900 the island became an unincorporated territory of the US.

Unicorporated (of territory) not designated as belonging to a particular country, town, or area.

El Yunque National Rainforest is one of Puerto Rico’s and the Caribbean’s most precious natural resources…a thick emerald green forest covering 28,000 acres with peaks that rise up to 3000 ft. El Yunque is the most visited attraction on the island and part of the US National Forest. Most tourists and locals visit El Yunque as a morning / afternoon trip or take a guided tour. 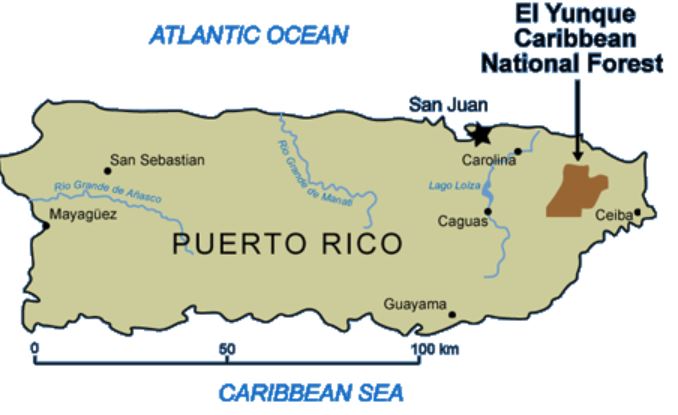 Set within Luquillo Mountains the Yunque rainforest rises to 3,533 feet above sea level and can sometimes receive rainfall of over 200 inches at its highest elevation!
With an average temperature of 73° F (21° C), the Forest has the ideal climate for exuberant tropical vegetation. The rain forest is noted for its biodiversity; it is “home” to thousands of native plants including 150 fern species, 240 tree species.
Scientists and historians estimate that the Puerto Rican Parrot (Amazona vittata) has lived in this Forest for well over a thousand years. The size of the parrot population dwindled in direct proportion to the conversion of forested land to cities and farms, in so doing, the parrot’s only habitat was almost eradicated. 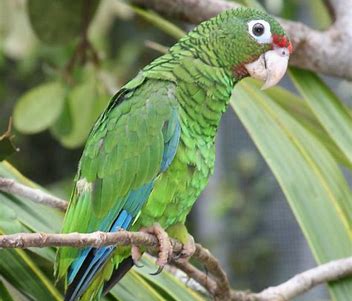 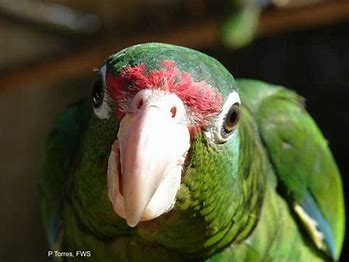